#164 - Jason McAlister: Thinking like a pig - a key to improving animal welfare 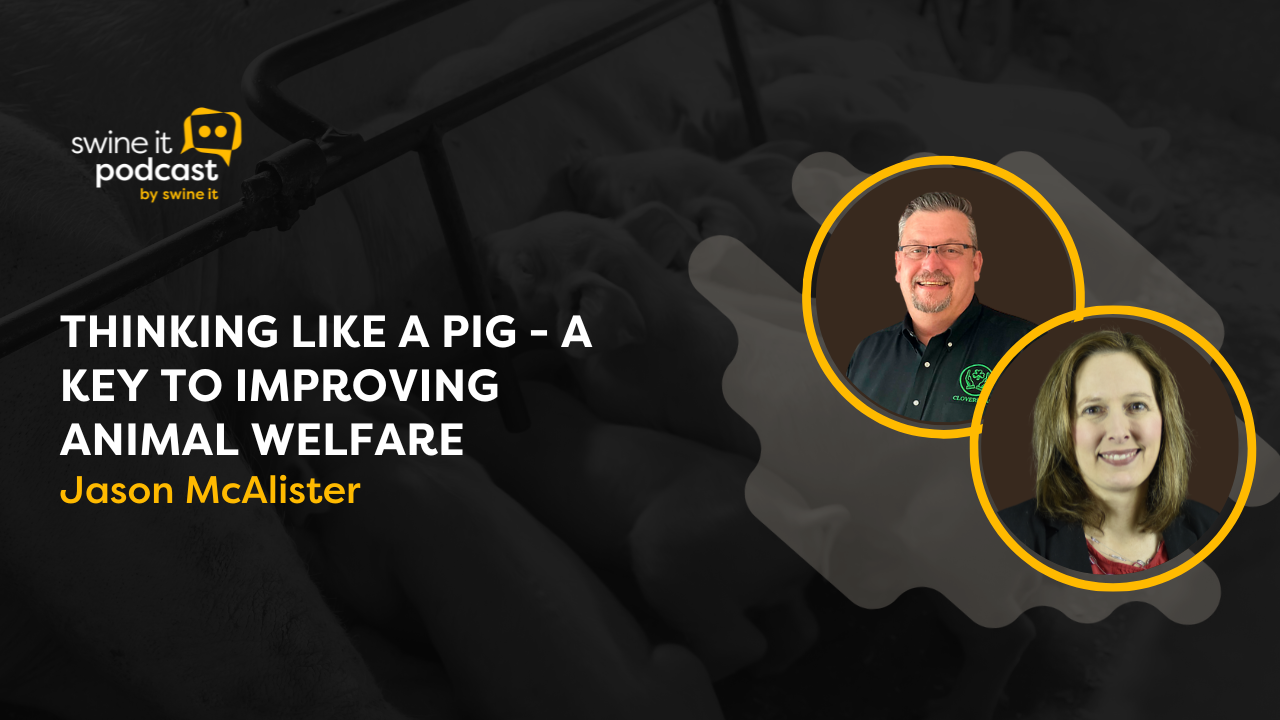 Animal welfare is one of the main concerns for animal producers all over the world. Sometimes however, it is hard to maintain efficiency while maximizing animal welfare. In this episode, I talk with Jason McAlister to find out how we can improve animal welfare while simultaneously improving the efficiency of our production facilities. We may just need to get down on all fours and think like a pig would…

What you will learn:

2. The biggest challenge of educating about animal welfare

3. Thinking from a pigs perspective

4. Differences between how we treat cattle vs pigs

Meet the guest: Jason McAlister, president and CEO at CloverLeaf Animal Welfare Systems, started his career at the world-famous Gilbertville Meat Locker. He went on to work with IBP and Tyson until 2007, when he transitioned to Triumph Foods. He has since led their animal welfare program, was a past NAMI animal welfare committee chair, and served as an advisor to the National Pork Board’s animal welfare committee. Jason has taken part in many taskforce projects including the common swine industry audit task force. Jason founded CloverLeaf in 2007 to help small and medium-size businesses with their animal welfare programs. CloverLeaf has successfully expanded across the Americas with clients from Canada to Brazil. They have even expanded into Africa and are pursuing opportunities to make a difference in Europe.